EU2200i with knock-off, pieced together "extended run" set up

I bought a cheap fuel cap adapter for my EU2200i a while back and set it up to run the same hoses and tanks I run all my gasoline engines off of (outboard motors, generators namely). I never had a reason to hook it up and run it until this weekend, but have had the set up around for some time.

The cap is too big to thread tightly against the tank opening. When tightening the threads jump off. This makes it very difficult to get the seal needed to get the vacuum through the hose to draw fuel from the tank.

Another issue I came across is the fuel cap on the 6 gallon tanks I have should be self-venting. They have worked with our outboard engines for as long as I can remember. However, with the weak draw from the EU2200i the venting was not adequate. Before I went to bed when we were camping over the weekend I went out to check on it just to make sure it was "working" and it was not. I loosened the adapter cap and used the primer bulb to re-fill the tank on the generator. Then I tightened the adapter carefully and opened the cap on the tank so it could breathe freely. The set up ran this way the whole rest of our outing. When I shut down the generator around 6-7:00pm the fuel level in the generators' tank was still up to the strainer sock = barely any depletion in the generators' tank. Success!

For what it is worth, in the ~27 hours it ran we used about 4-5 gallons of gas. On the high end of that - 27 hours and 5 gallons - that is .185 gallons/hr, or 24 ounces of fuel an hour. Thats pretty darn good! Usage was mostly 2 fans, an LED work light, and an AC unit. I did run a drill and a ham radio for a little bit, but not very much. I had a power meter running also to record the kwh, I don't have that figure just yet but I can grab it later.

I am not sure if the cap adapter in the link below is the exact one I ordered, the listing for what I ordered is gone, but this is very similar - looks identical. 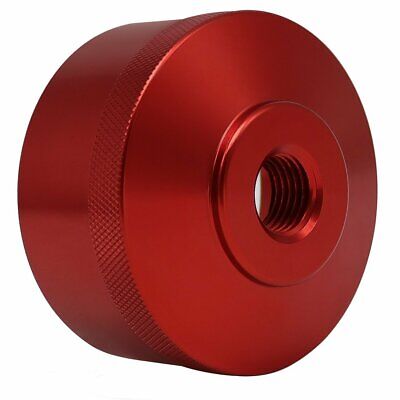 good job on cracking the tank cap a bit on the marine tank!

and the marine tank can have a plugged cap vent.
i have a new moler brand (sp) 6 gallon marine tank here that has an issue as well!!
the late model low perm version.
i may mode it with a manual tank vent....
or if i get time to check to see if the vented cap just sealed its self shut...

darn epa and the good ideas on the low perm caps!
almost lost the tank due to high pressure build up!
that hot day thing...
F

Joined Jun 30, 2018
·
137 Posts
The 6gal tanks we have are probably 20 years old. I believe they were all acquired with Johnson outboards (way before Johnson blended with Evinrude). We have 3 of them that are all identical, not sure they were all acquired at the same time. That was the only style tank we ran in the boats that used a 25hp motor and 9.9hp motor (both 2 strokes) for as long as I can remember - and the smaller 4hp outboard, also a Johnson - a lot older than the other 2 bigger ones.

I bought 2x Moeller 12gal tanks the past 4-5 years. They have a screw vent on the top of the cap. If you have it tight the retainer strap will not spin - it clamps the retainer strap. So that is one way to test real quick if the vent is open - if the retainer doesn't move when you tap it the vent is closed. But a quick spin of the screw does the same thing. There is a rubber "valve" tube underneath the vent screw that allows air to be drawn in but prevents fuel from splashing through the vent. I have yet to use the 12 gal tanks with the EU2200.

At the end of the month I will run the big gen off the 12gal tanks for a weekend.

Joined Apr 10, 2018
·
608 Posts
I have a cheapo aluminum extended run cap as well, it also fits a little funny but snugs down just fine. My 3 gallon marine tank is around 50 years old. Made of steel and has a nice little vent screw on the top.

I never thought of an air conditioner in a tent. Lol
F

drmerdp said:
I never thought of an air conditioner in a tent. Lol
Click to expand...

I had plans for a wood stove in this tent back towards when I graduated college or shortly after. Some friends of mine from back then and I did a lot of backpacking. We found a neat spot that would have been awesome for a base camp. We were thinking of hiking/snowshoeing out there one winter and have this set up as a "hot tent". I made a collapsible stove out of sheet metal that we could pack on a sled and all. Never got around to it. I'd still like to do that, but not sure when that could ever happen.

The AC idea I've had for some time, also, but never done it. Car camping like we were doing this weekend it can work but is a lot of set up. I need to perfect the exhaust for the AC. This unit has a panel that sits under or next to a sliding window. I tried to use the piece of that "panel" that the hose hooks to as a flange taped to the tent at one of the windows but the tape (tried both blue painters tape and gorilla duct tape) would not stick to the fabric very well so it wasnt the best solution. I am thinking what I need to do is sew in a "panel" to the side wall of the tent somewhere. As to what material to make the "panel" out of I am not sure. I will look in to how some of the hot tent stove pipe set ups are and see if I can make something like that. That way it can be double purpose - stove and AC vent.

I will say, the AC would have worked a lot better if I had complete shade over the tent. This weekend was a trial run in a lot of ways for an event at the end of the month. So what I am going to do with that event is to cover the whole tent with a big tarp (like 20x30ft maybe). Have it set up as an A with the sloped sides the 30ft (so each "side" would be 15ft). If it is clear - tie the sides up high. If it storms - drop the sides to the ground. Up high would give a lot of air space and adequate shade, down low - better wind/rain protection.

The tent will get a coat of scotchguard also. I coated my hammock tarp and 2 person backpacking tent before a bike touring trip last Fall and the first part of the trek I got about 2-3 days with dryer weather out of about 9 days. The rest was wet. Before that I found the waterproofness of the fly on the small tent leaked really bad. So before the bike trip I re-did the seam seals and gave it a heavy coating of scotchguard. Worked like a champ. I think the big cabin tent is due for the same treatment. Though, it might take about 4 cans of scotchguard! Lots of square footage of material to hose down.
F

drmerdp said:
Made of steel and has a nice little vent screw on the top.
Click to expand...

I have a couple of these tanks also: 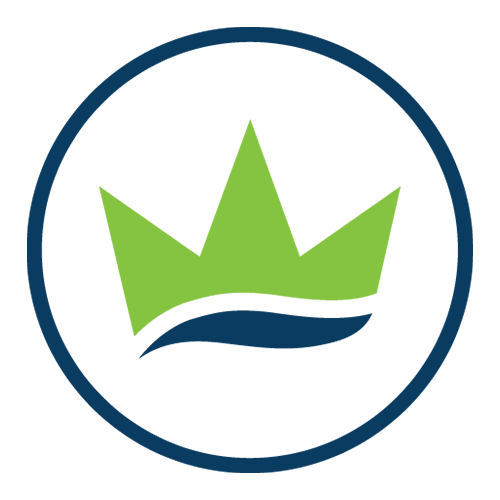 They have a screw-type vent on the cap also. For the small generator, though, I don't need that much gas. I've never run the small generator with anything other than the internal tank before this weekend. I've had the parts, just never had any reason to run it longer than a few hours. It ran 1 night camping last fall, but with very light loads idling in eco mode. Plenty of gas in the internal tank to get through the night.
F

FlyFisher said:
For what it is worth, in the ~27 hours it ran we used about 4-5 gallons of gas. On the high end of that - 27 hours and 5 gallons - that is .185 gallons/hr, or 24 ounces of fuel an hour. Thats pretty darn good! Usage was mostly 2 fans, an LED work light, and an AC unit. I did run a drill and a ham radio for a little bit, but not very much. I had a power meter running also to record the kwh, I don't have that figure just yet but I can grab it later.
Click to expand...

Looks like the better details are 25.6 hours, 4 gallons of gas, and 9.88 kwh. That brings the fuel consumption to .156gal/hr or 20oz/hr. That is pretty good. I figure the fuel burned is about 2/3 the tank, which had exactly 6gal to start with and the tank on the generator was plumb full also and is pretty close to full now (fuel drawn from external tank to replenish the fuel in the gen as it runs).

Joined Jan 22, 2020
·
2,884 Posts
yup an ac unit in a tent rocks!
think of the pop up campers too!
just a bit lower on the temp and way lower on the humidity sure helps on those steamy nights or early am when it is 100% humidity!